THE HIGH RISE IS COMING.... 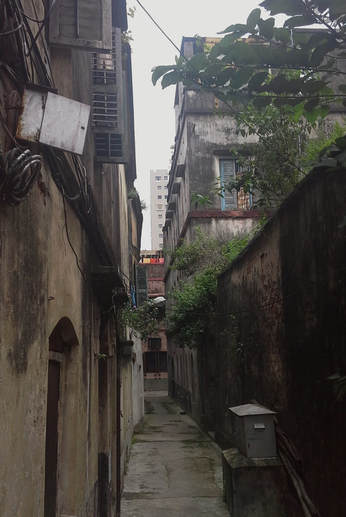 As the early city grew many Bengalis moved from the commercial hustle and bustle of the trading area to a quieter more residential area in the north of the city. Here, education, professions, government service and property ownership were prized above commercial trading. Important colleges were established, for males and females and Bengali and Indian reformers, politicians and preachers agitated for social,religious and political change. The reform somehow solidified and in a socially conservative city no area is more attached to its past and less comfortable with modernity than this part of North Kolkata.


Disappearing Kolkata is a walk through the largely untouched streets of North Calcutta with the beginnings of modernity just starting to show. See it now, the rich street-scapes of a century ago, before they go. We visit a unique complex of Jain Temples on the walk, old palaces and stop off for a cup of tea and biscuits at an old 180 year old home. The highlights of the walk however are the narrow lanes, the old wrought iron homes, grandeur in decay, the bustling and crowded homes and communities of the poor, the small local temples, markets and workshops.
This is a part of Kolkata rich in history, home to many of the great Bengali Renaissance identities and to hard working small scale factory workers, street sellers and market workers.
It is a stroll back in time, come walk it slowly and enjoy the detail.Sit by the lake in the park, or on a bench in a narrow lane and enjoy buttered toast (with or without sugar) and a small cup, sometimes cracked, of delicious sweet tea.
Bring your camera or just your keen eye and enjoy the Kolkata of by gone days.


General Proviso’s
It has happened, although very rarely, that walks have had to be cancelled or postponed because of bad or predicted poor weather conditions or transport to the walk or on the walk has been disrupted or is likely to be disrupted. 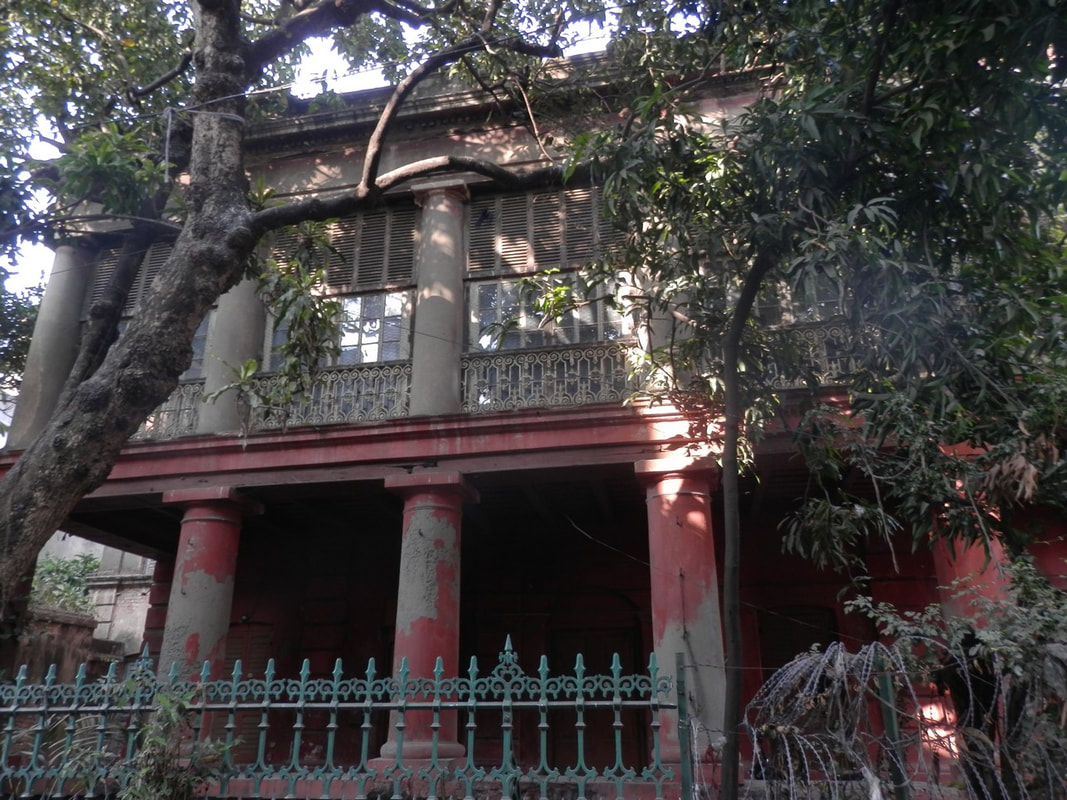 Where supermarkets have yet to dominate...

No doubt the big supermarkets will make their impact on North Kolkata. So far they have failed to do so. Many think this is a good thing too. Below are some scenes from a typical local market, largely covered, a bit wet and windy on a monsoon day but raw and alive. And the food is fresh. 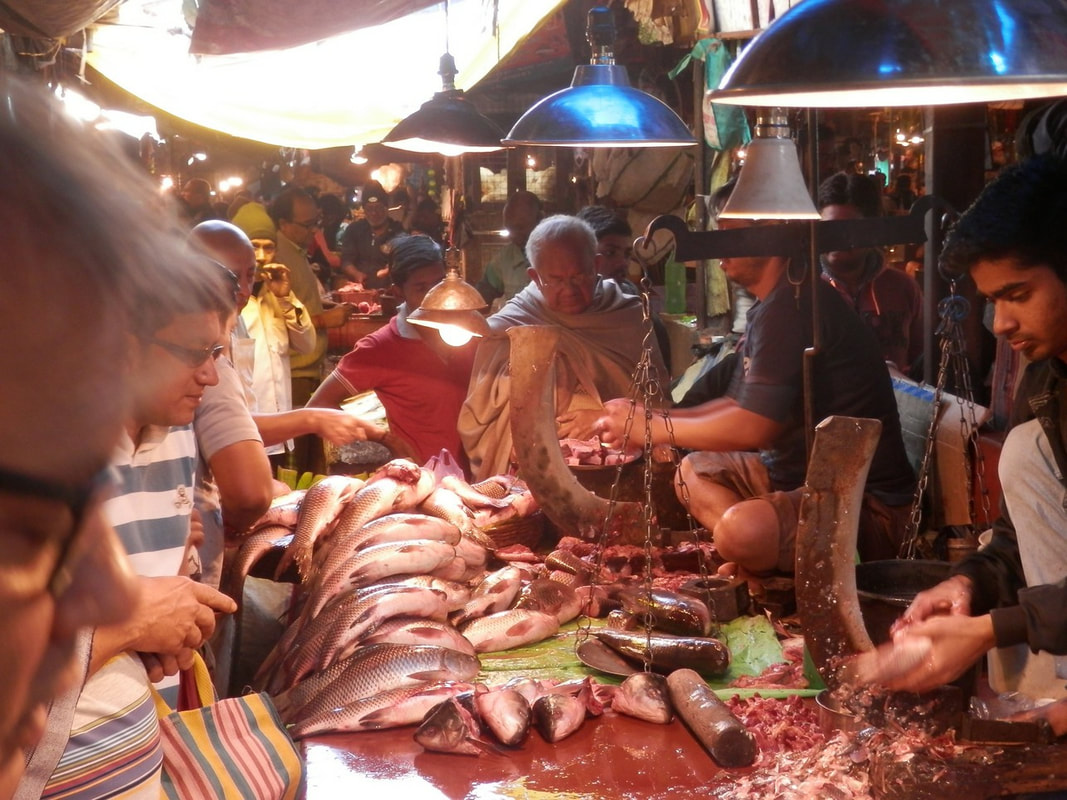 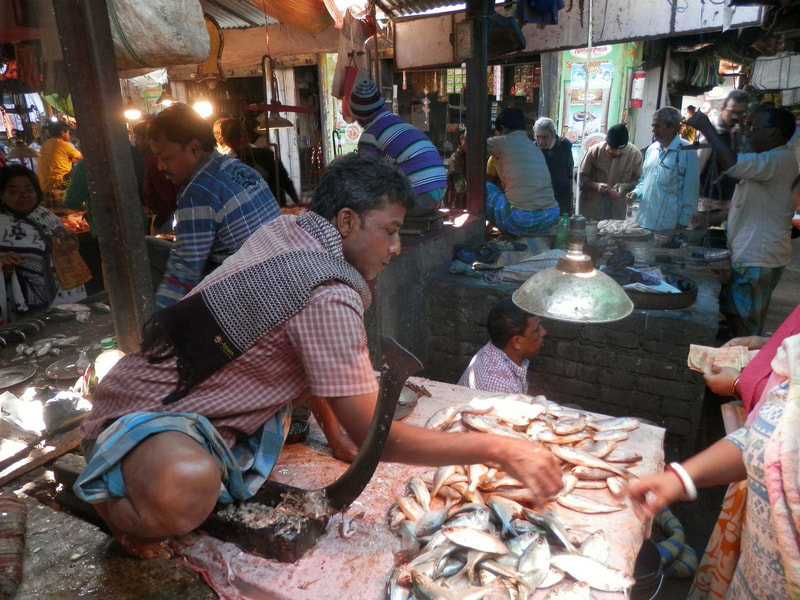 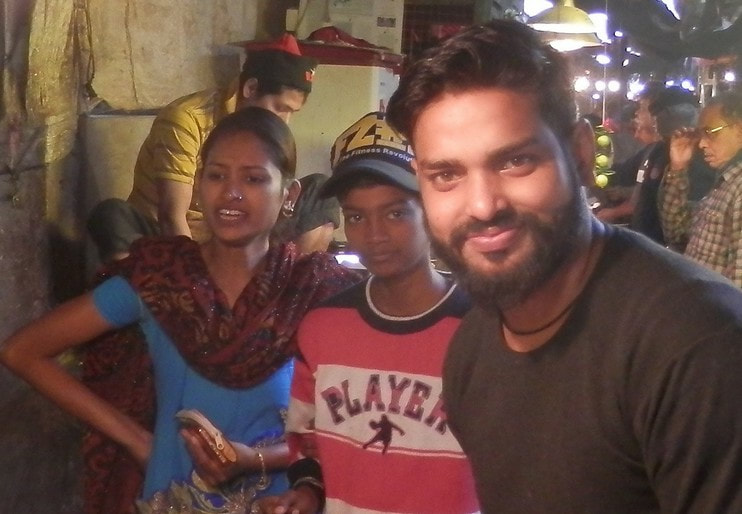 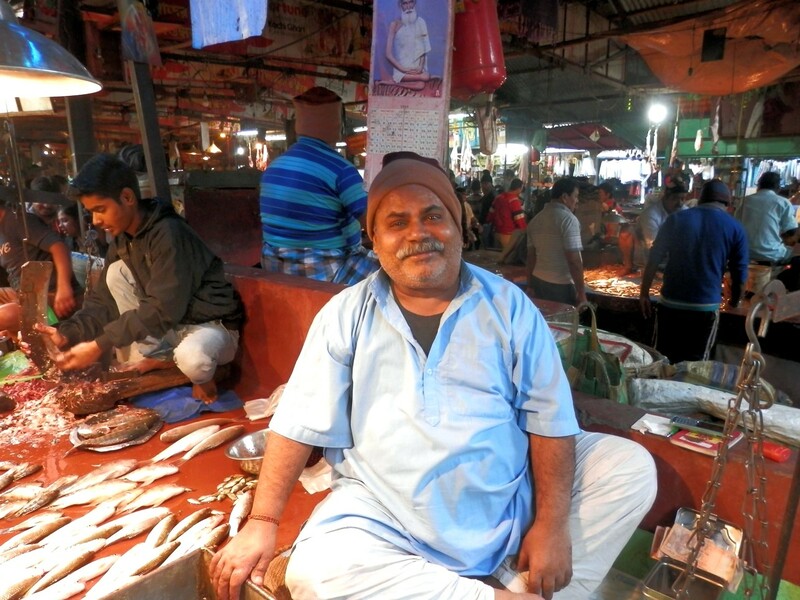