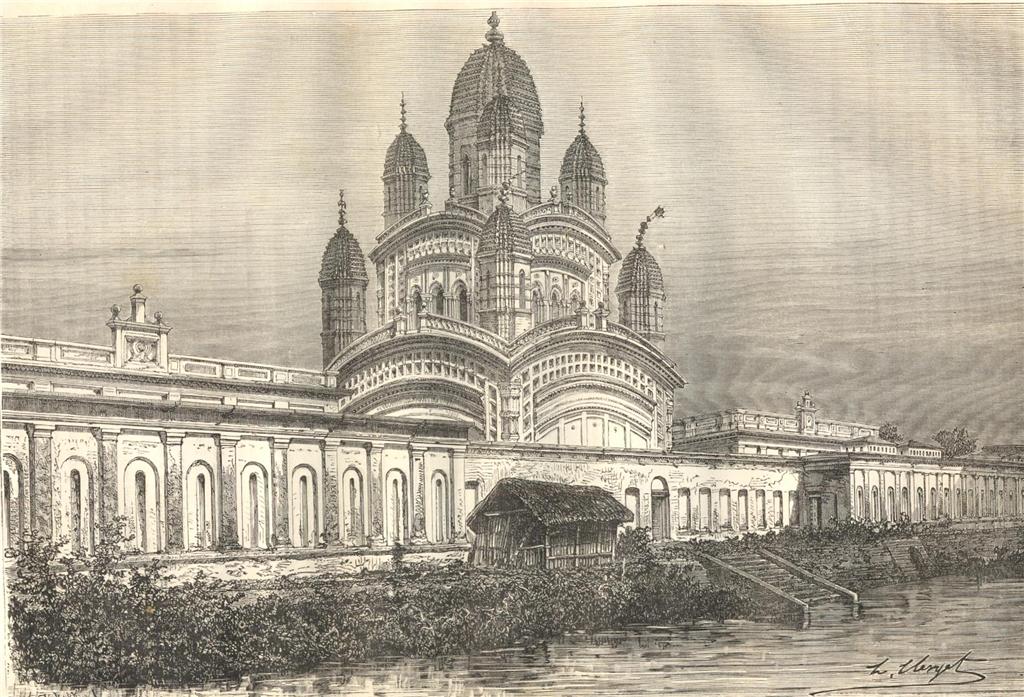 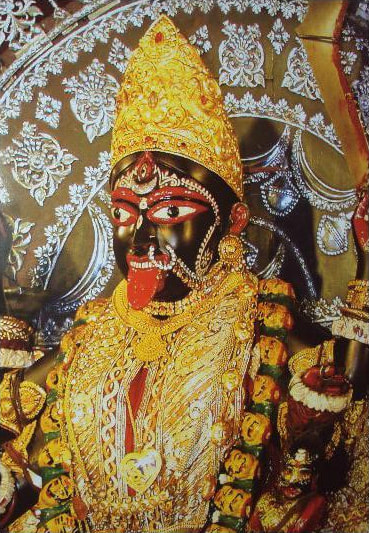 The name of the idol of Kali worshiped in the temple is Bhavatarini.
Temple Tour by Public Transport

This tour provides a chance to experience the city fringe by different forms of public transport whilst using as it’s focus the famous Dakshineswar Temple and Belur Math, both situated within 2 kilometres of each other on the Hooghly river.

Dashineshwar Temple is a Kali Temple and was built at the behest of a wealthy businesswoman and landowner.
It became the home and resting place of Ramakrishna, one of India’s great latter day mystics.

Belur Math is dedicated to Swami Vivekananda, Ramakrishna’s star disciple who, it could be argued, single handedly presented Hinduism to the world during famous lecture tours of the United States, England and Europe.

It was, at Belur Math, that Vivekanada set up the Ramakrishna Mission.

These two figures are giants in the spiritual world of modern India and are Kolkata icons, loved and admired by the locals.

We take the opportunity to ride on the metro, on a rickshaw, in an auto and on 2 ferries. Now that the metro reaches Dakshineswar, it’s possible to return directly from there but for those interested in taking a local train we can catch one to take us for just 2 stops to a metro station closer to the CBD.

This is our longest tour (up to 5 hours if we take the local train, shorter if we return by metro) but it does not require much walking.

The tour starts at 9 am in order to reach Dakshineswar before the gates are closed to visitors.

MEETING PLACE: for the commencement of the tour is in front of the main entrance to the Indian Museum.

Provisos: There is a lot of travel by public transport in this tour. Participants should be advised that seating in an auto can be cramped and some of the ferries used, especially between the two major sites are often small, and require passengers to ‘sit on the floor’ as it were. Some people, unused to this, do find it uncomfortable.

Also, many holy events/celebrations are held at these 2 sites and there have been times when our group has not been able to access the temple grounds because of the volume of people already lined up. We will do our best to ‘keep our ears to the ground’ to find out when these events occur. 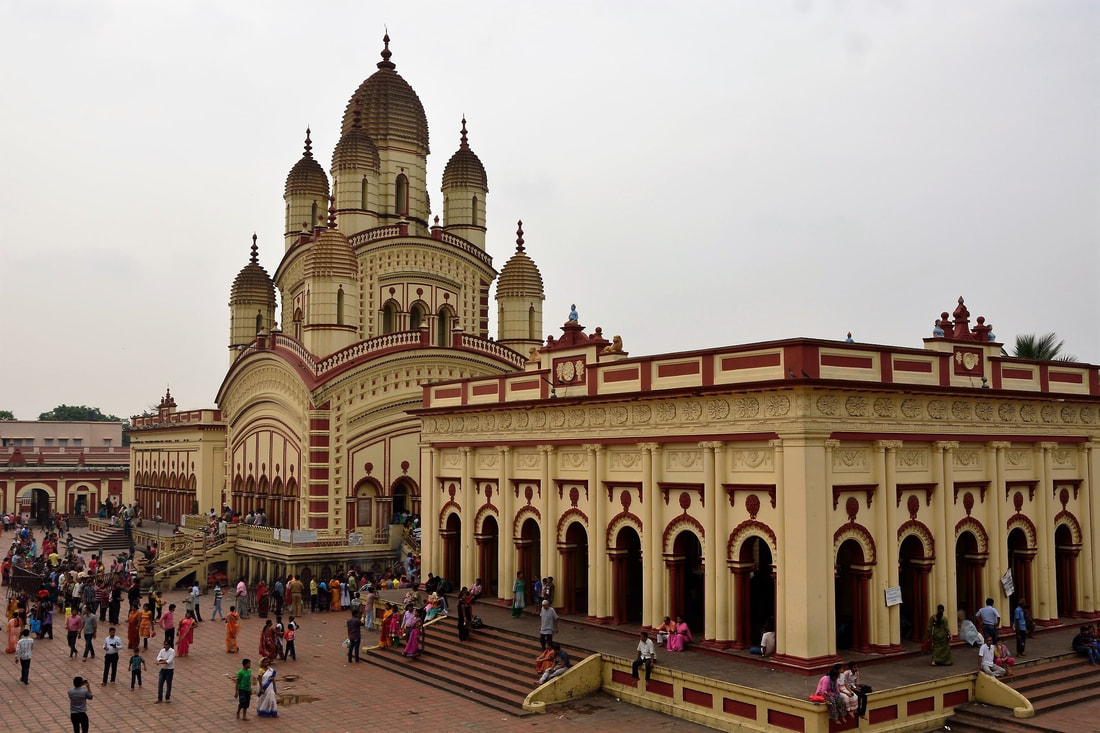