The Gods of Kolkata 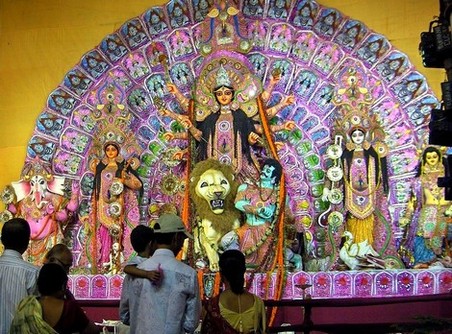 Durga Puja fills the streets of Kolkata each year with large and small temporary temples that house the Goddess Durga and her family.

Kolkattans celebrate the arrival of the Goddess with 5 days of public and private celebrations with hundreds of thousands of people walking the streets of the city day and night to take in the Pandals and the street festivities.
Part religious, part street party the festival has grown into a giant celebration of  the skills of local craft men and women and is a time of gift giving and rejoicing in the victory of good over evil. 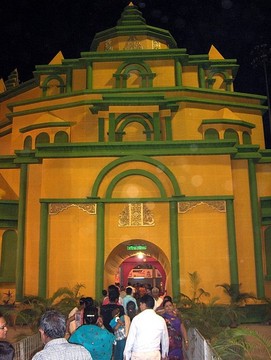 A Pandal in a narrow street in North Kolkata. 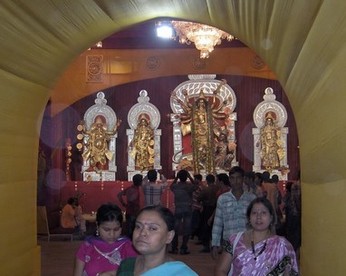 Coming out of a Pandal after viewing the Gods.

We visited this Pandal before the main days of the Puja to avoid the crowd.
It is great to Pandal hop at night but when the festival is in full swing it can be very difficult to get around.

Each Pandal shows the same scene, of Goddess Durga destroying the enemy of the Gods but each can be a little different in design, colour and material.
The exterior of the Pandal can be of any design and imaginations are given full play. 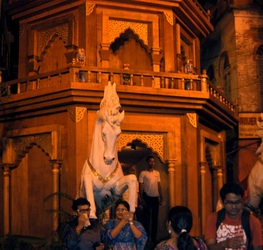 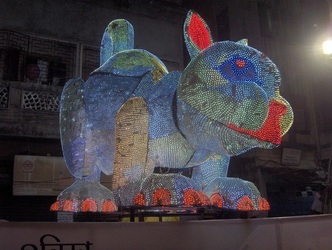 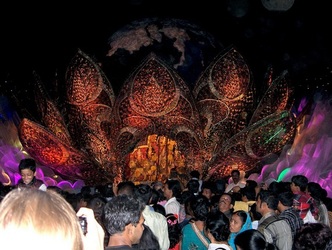 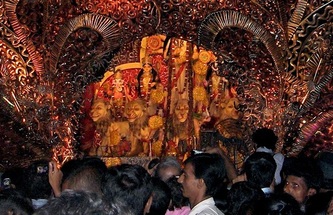 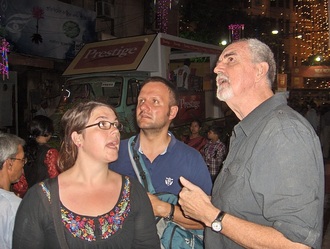 Martyn showing some German guests one of the Pandals.

The Pandals are all around our home so after this  we managed to take a break from walking for a quiet coffee and cake before moving on to the next street festival and Pandal.

Kumartoli...where the Gods are made. 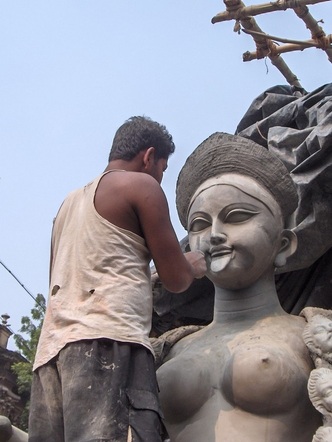 On the banks of the River Hooghly is a colony of potters who each year create the Gods from bamboo and clay, straw and paint . These Gods are then sold to homes and clubs all over the city for the many Pujas whose celebration are concentrated in the months of October and November each year.

Here Ma Kali is being sculptured by a local craftsman for the famous Kali Puja which is held in Kolkata at the same time as Diwali and is the Begali equivalent of this festival of light. 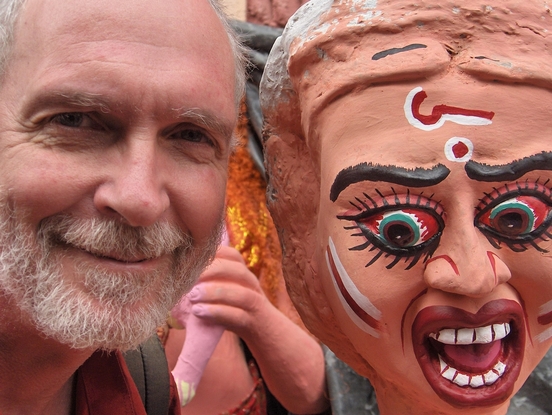 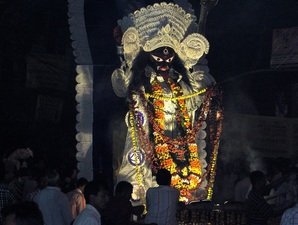 Ma Kali on her way down Beadon St North Kolkata
At the end of each major Puja the Gods are taken in long processions through the streets of the city to the Ganges and immersed.
This immersion is a symbolic returning of the Gods to their home in the Himalayas after their short visit to the city.
Tens of thousands of people accompany the Gods, in this case Kali,  through the streets, singing and dancing as they go.
They travel down designated routes which are cut off to regular traffic and it can take many hours to get to the river.
It may take many nights to clear the city of the Gods who are held in their Pandals as they await their journey back.
Locals guard the Gods as they wait for the departure. 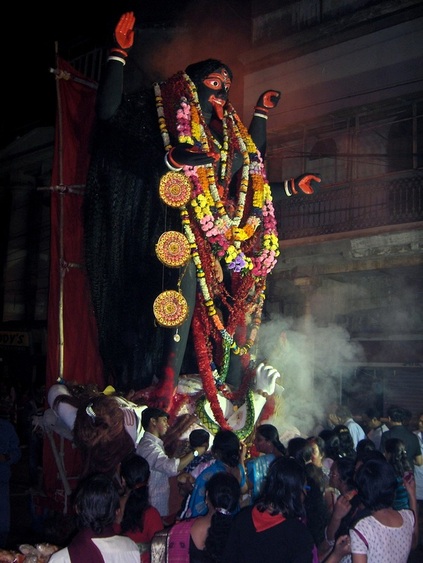 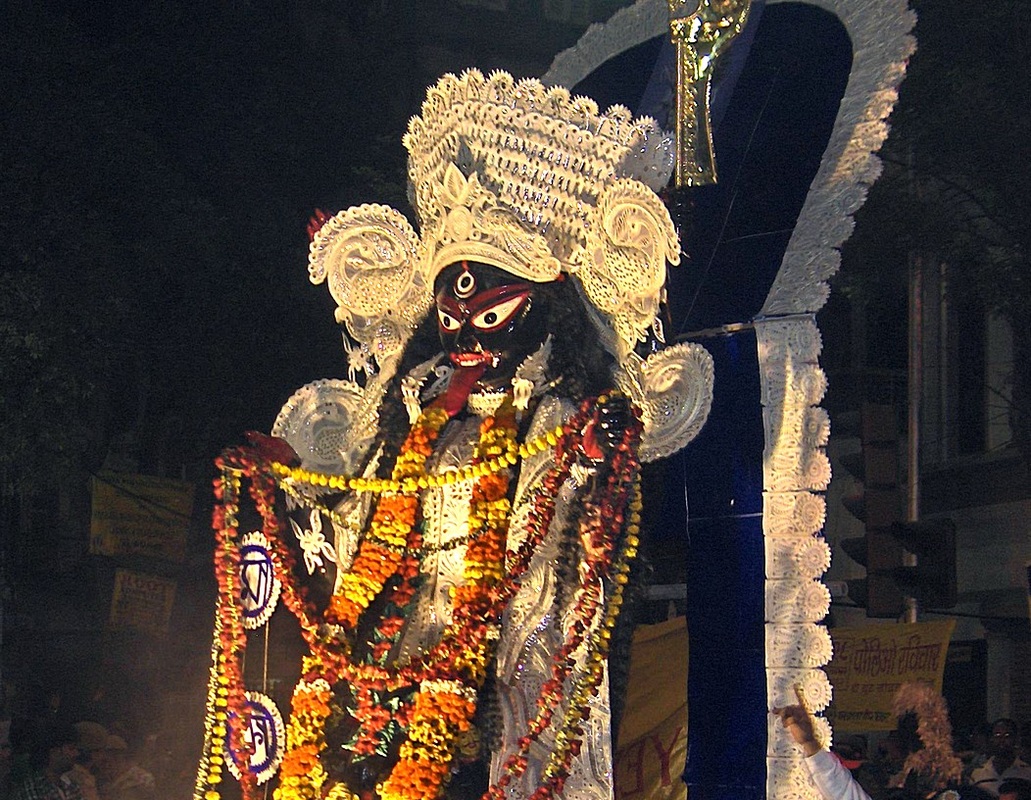